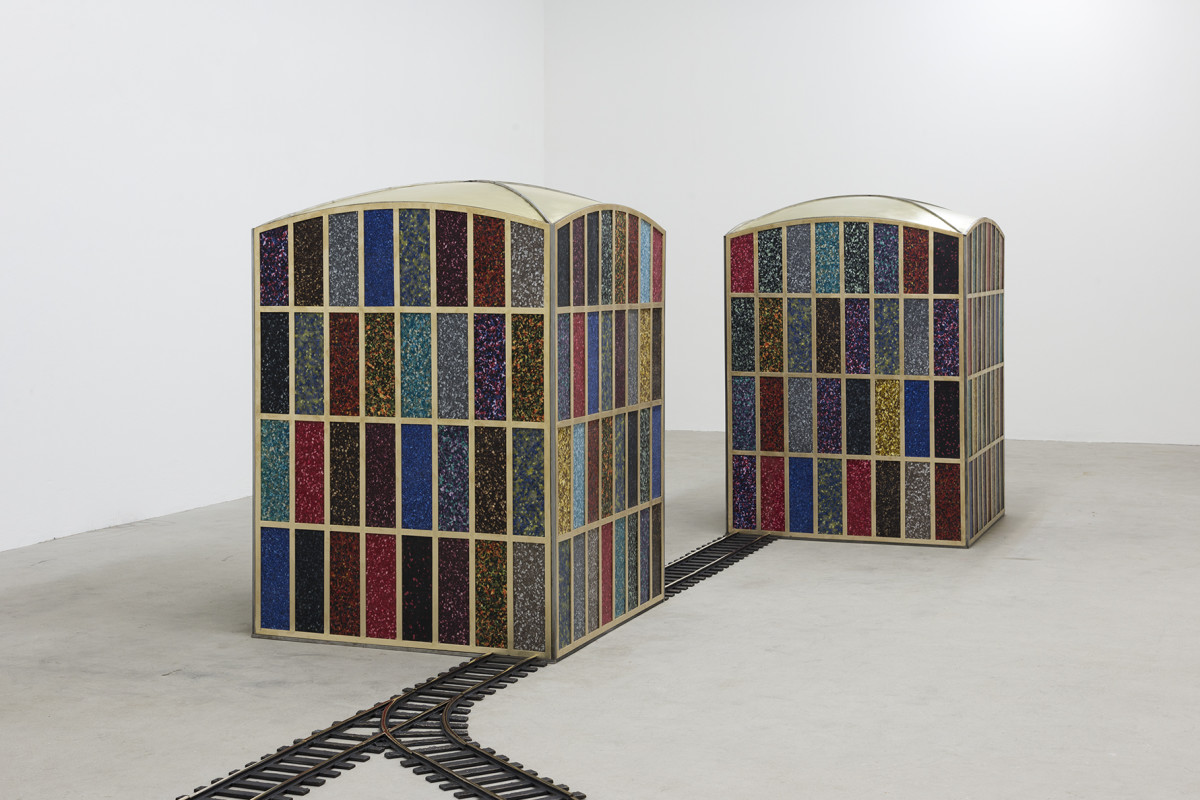 The art trail Endless Express takes you to different destinations along the railway line between Ostend and Eupen. Seven artists were invited to present new works around the stations and tracks. With the train as a unifying element, they explore the networked histories embedded
in this landscape and entangled with this line.

The Ostend-Eupen railway line is the longest in Belgium, traversing its three official language communities in about three hours – from the royal seaside resort in the west to the industrial river valley in the east, with the capital of Brussels in the centre. The train – a novelty introduced not long after Belgium was founded in 1830 – speaks in a broader way of industrialisation, the promise of progress, and how these forces have transformed this country.

The artists included in this exhibition are all based in Belgium or its neighbouring countries. Some imagine the train as a mythical creature re-enchanting the built environment, others question the notion of thinking in a straight line, as well as labour and its rhythms, or playfully disrupt the clockwork time that helped shape the society of speed we live in today. Through their works, Endless Express offers singular visions of an increasingly machine-driven world.