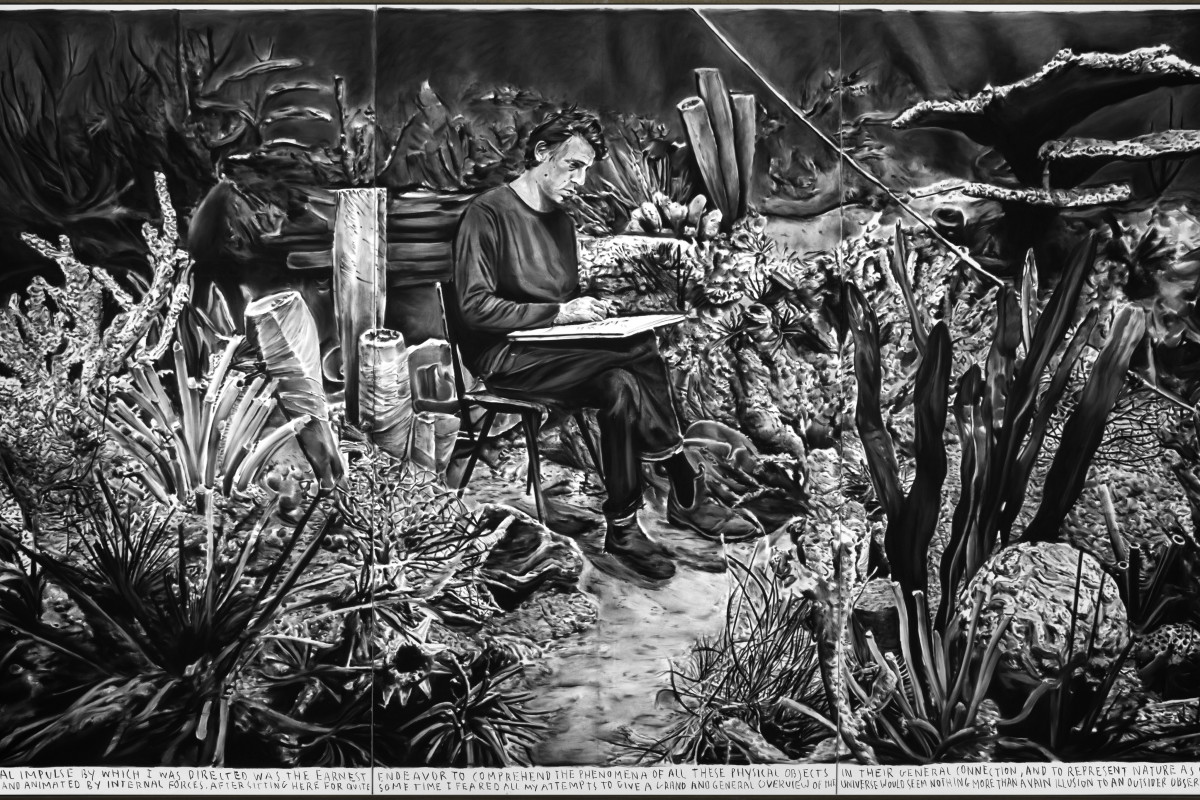 Through diverse media ranging from drawings to sculptures, installations and film, Rinus Van de Velde creates a mirror universe where elements from reality and imagination coalesce into a unique kind of visual storytelling. A self-proclaimed armchair voyager, Van de Velde often narrates tales of semi-heroic quests and adventures articulated around his imaginary travels and his fictitious encounters with figures of recent art history.

In the framework of this exhibition, centred on a circular story of leaving and returning home with the train as a metaphor for the journey, Van de Velde premieres his new film and presents a survey of primarily recent works. Parallel to this, he brings together and reframes a selection of works by modern and contemporary artists such as Pierre Bonnard, Joseph Cornell, Fischli/Weiss, Joan Mitchell, Claude Monet, Monster Chetwynd Laure Prouvost, Josephine Troller and Jean Tinguely, among others.

An open invitation to join the artist on his 'inner travels', the exhibition is a visual journey of discovery that offers a glimpse inside the constructed world of Rinus Van de Velde that is ever-expanding.